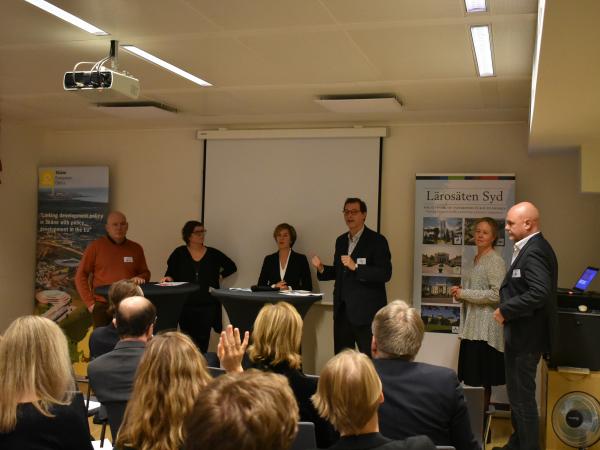 Collaborating towards a Horizon Europe mission on climate-neutral cities by and for citizens – how do we ensure smartness?

On 4 December, Lärosäten Syd – the network of Universities in South Sweden – together with the other south Swedish Brussels offices – Skåne European Office, Småland Blekinge Halland South Sweden, Skåne Association of Local Authorities and City of Malmö EU Office – co-organised a policy event in Brussels to present the main wishes and expectations of south Swedish actors on the Horizon Europe mission on cities, as well as to discuss with European partners the main recommendations for the implementation of the mission.

The following points summarise the discussions between the speakers, the respondents and the audience. They should not be interpreted as an official position of the organisers, but rather a recount of the main points raised which found general agreement in the room.