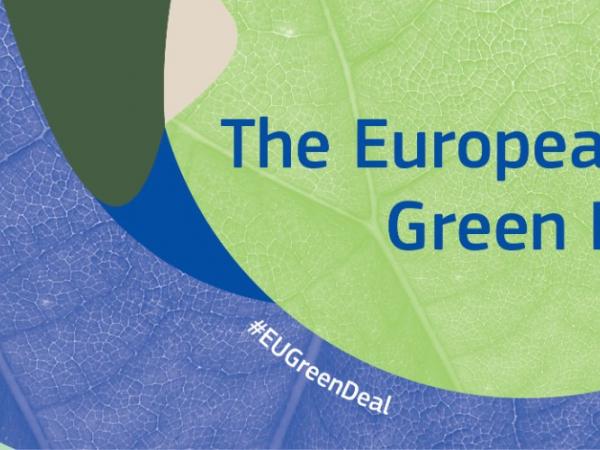 Today the European Commission is presenting the ‘European Green Deal’ in the European Parliament. The deal, presented by President Ursula von der Leyen and Frans Timmermans, is pitched to be a response to the challenges of climate change and a bid to make Europe the first climate-neutral continent by 2050. It is also an integral part of the Commission’s strategy to implement the UN 2030 Agenda and the Sustainable Development Goals. One of the goals is to mobilise European research and foster innovation.

The ambitious deal lays out plans for caring for the continent’s natural capacity while ensuring the health and wellbeing of its citizens. The first communication of the plans considers means to carrying out the transition, how to finance it and the need for a major rethinking of policies in order to do so. Key points for ERRIN’s members include the emphasis on Horizon Europe’s instruments being ready to support research and innovation efforts needed to reach the 2050 goal. As it discusses the importance of Horizon Europe, the plan emphasises the role of the Green Deal Missions in bringing together regions and citizens as key stakeholders in the transition. The plans also insist that 30% of InvestEU funds will contribute to fighting climate change, but also that the private sector will be essential to this transition.

The deal hopes to catalyse the shift to ‘sustainable and smart mobility,’ with a particular focus on transport, mobility, circular economy, bioeconomy and blue growth. Another focus point in the deal is the need for smart infrastructure and a new circular economy action plan for ‘resource-intensive sectors,’ specifically textiles, construction, electronics and plastics.

The deal calls for ‘climate and resource frontrunners’ to develop breakthrough technologies in specific industries by 2030 and highlights the significance of digital technology, describing the sector as a ‘critical enabler’ of the European Green Deal. In March 2020, EC will adopt an Industrial Strategy to tackle the green and digital transformation. Also by that time a Climate Pact will be introduced to engage with the public in order to tackle climate change.

More information about Green Deal can be found here.