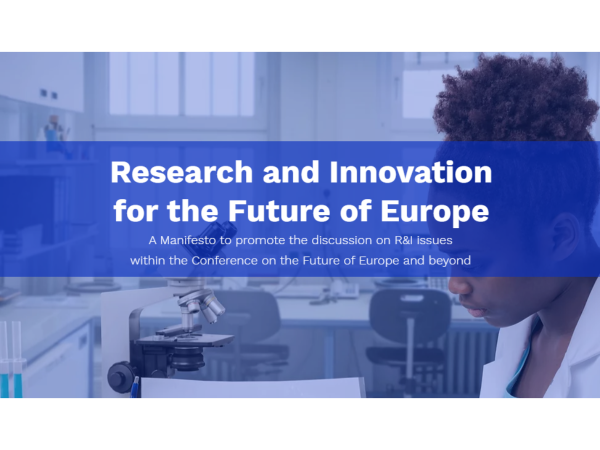 ERRIN joins 19 other European research and innovation actors to call for the Conference on the Future of Europe to place R&I at the centre of the debate on the EU's future challenges and priorities.

The manifesto 'Research and Innovation for the Future of Europe,' is signed by national organisations and transnational associations representing the entire European R&I landscape, from universities to research institutions and RTOs, to business and regional associations, including ERRIN, Business Europe, EARTO, LERU, The Guild and more. The manifesto is now open for public subscription at researchforeurope.eu.

This manifesto calls for the EU to raise its ambitions on the ongoing relaunch of the European Research Area, design a stronger innovation policy framework for the new decade and conceive an enhanced Europe-proof public and private funding approach for R&D.

Read the full manifesto here or in the attached document, where you can also find the press release.