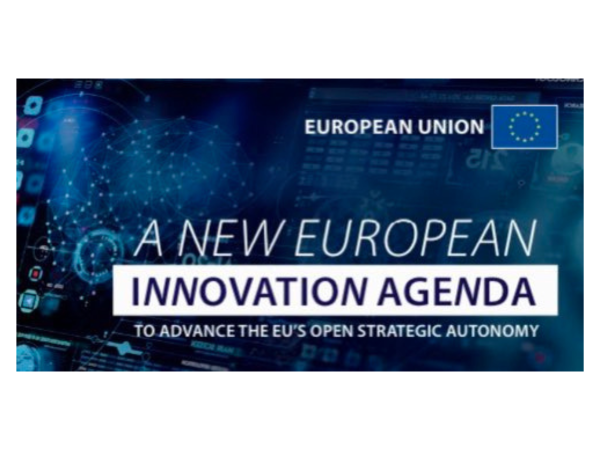 On 2 December, the Council adopted the conclusions on the New European Innovation Agenda. We have collected some key points highlighted by the Council and ERRIN remarks on the document.

While recognising that the EU can lead the new wave of breakthrough, deep tech innovations, the Council drew attention to the need for a comprehensive approach to innovation, including societal, social, cultural and public sector aspects and the role of social sciences and humanities. ERRIN welcomes this clarification as the EU innovation priorities must go beyond “deep tech”. We need to tap into innovation potentials to tackle our pressing societal challenges such as climate change, and use the EU Missions as an important tool in this process.

Furthermore, the Council emphasised the need to foster, attract and retain talents with a wide range of skills and competencies, including transversal ones. The role of skills – not only sectoral but also transversal – is indeed essential. This becomes evident when tackling skills needs and gaps at the local level within regional innovation ecosystems, as the CHARTER project in which ERRIN is a partner, has demonstrated. ERRIN will work on this area further in the context of the European Year of Skills.

Three pages were dedicated by the Council to reflect on improving and consolidating the innovation ecosystems, as well as tackling the innovation divide. The emphasis on the ecosystem approach and the proposed flagship three of the Innovation Agenda is an area that ERRIN welcomes and follows with interest. However, the ERA Policy Agenda Action 15 on building up regional and national R&I ecosystems was unfortunately not mentioned in the document, while this action would be an effective way to address some points raised by the Council, such as bringing national and regional actors closer together. However, creating links between ERA Forum and the EIC Forum was mentioned, which can help ensure further synergies between R&I and engage a more varied stakeholder group in the process.

Lastly, in its reflections on the New European Innovation Agenda, the Council recalled its conclusions from April this year on a European strategy empowering higher education institutions (HEIs) for the future of Europe, underlining the need to encourage HEIs to develop close cooperation with economic, social and industrial partners within local and regional R&I ecosystems. Reinforcing this collaboration between regions, cities and HEIs is also one of the fields that ERRIN will continue tackling in 2023 as one of its development areas.

One day before the adoption of the Council conclusions on the New European Innovation Agenda, on 1 December, the European Committee of the Regions adopted its opinion on the same topic. ERRIN contributed its comments to the drafting of this document, drawing attention among other things to strengthening regional innovation ecosystems and creating links between them to achieve a strong and well-performing pan-European innovation ecosystem, as well as to addressing the innovation divide.

Earlier in the year, ERRIN welcomed the New European Innovation Agenda as an initiative to strengthen the innovation dimension of the European R&I policy and has actively contributed to it since before its adoption by the European Commission in July 2022. Among different activities, we submitted input to the Commission’s call for evidence in May 2022, organised a policy debate on the Agenda during Spring Annual General Meeting in June, contributed to press articles (here and here and here), exchanged with Commission experts, consulted with the Policy Working Group, and offered input to the CoR opinion on the topic, as outlined above. Flagship three of the Innovation Agenda focusing on accelerating and strengthening innovation in European Innovation Ecosystems across the EU, regional innovation valleys and addressing the innovation divide, remains of particular interest to the network.