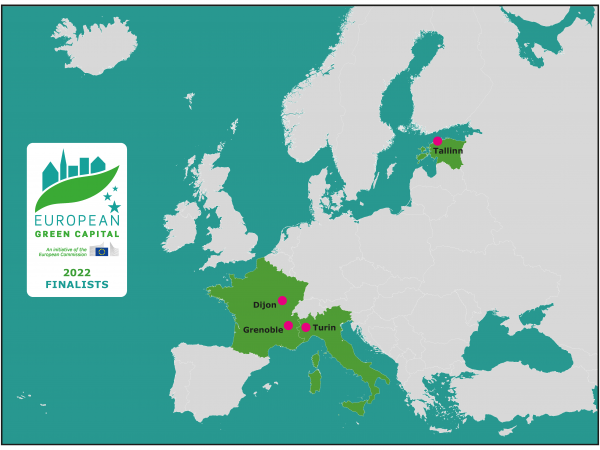 Shortlist for the next European Green City Awards

Nine European cities are entering the final stage of the European Green Capital and Green Leaf Awards. In light of the coronavirus the competition this year wants to highlight that green cities, as well as being healthier places to live, are more resilient to crises coming in the future, such as climate change, biodiversity loss and scarcity of resources.

The four finalist cities for the European Capital 2022 award are:

For the European Green Leaf 2021 contest up to two cities may win the award, the finalists are:

The awards reward and highlight the achievement of Europe's greenest cities - those that make urban environments better and healthier places to live.

The shortlisted cities will now proceed to the final stage where they will need to convince an international jury of their commitment to sustainable urban development and their capacity to act as a role model for other cities. The awards ceremony will be held in Lisbon later this year, with the winner of the European Green Capital 2022 award receiving €350,000 and the winners of the Green Leaf 2021 award receiving €75,000.