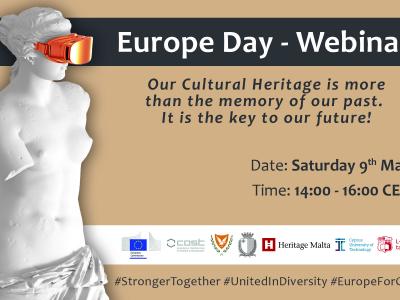 To mark Europe Day 2020, the Ministers for Culture from Cyprus and Malta, along with the Commission, are presenting a webinar dedicated to digital cultural heritage.