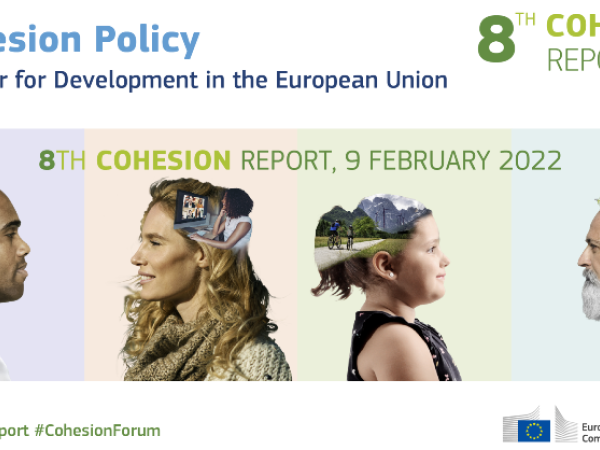 The European Commission has published the 8th Cohesion Report: Cohesion in Europe towards 2050. The report assesses economic, social and territorial cohesion in the EU, showcasing both positive and negative trends in EU regions, cities and rural areas.

According to the document's findings, while the Cohesion policy has, in general, helped to narrow territorial and social disparities between regions in the EU, the regional innovation divide in Europe has grown. While some Member States achieved important progress in catching up, many regions, including in more developed Member States, lag behind. This is due not only to a lack of investment in R&D, but also to weaknesses in regional innovation ecosystems. Better innovation diffusion at national and regional level should help less developed and transition regions to catch up. Smart specialisation strategies, which were introduced in cohesion policy for 2014–2020, should help to address this divide, but will need to focus more on regional potential.

The report suggests that Cohesion policy should among other things strengthen the role of regions in building Europe’s future by embedding innovation in all regions. Addressing weaknesses in the diffusion and adoption of new ideas and technologies and encouraging broad-based innovation should ensure that all regions can reap the benefit of an increasingly knowledge-intensive economy.

It is argued that the effectiveness of place-based policies should also be increased, with the need to complement nation-wide structural policies with place-based policies being more and more recognised. Smart specialisation should show how to build on local assets to strengthen competitiveness and the innovation ecosystem.

Learn more about the report here.

Find the report and its accompanying documents and maps here.

The 8th Cohesion Report will feed the discussions at the upcoming Cohesion Forum (on 17-18 March), which will debate how Cohesion policy can ensure that no region is left behind in the ongoing structural changes, and that all regions can reap the benefits of the green and digital transitions.