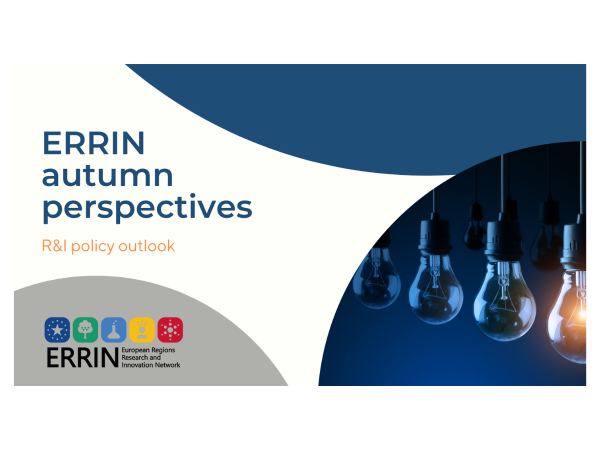 The new European Innovation Agenda will continue to be an important priority after the adoption of the Communication in July. During the first half of the year ERRIN submitted an input paper to the call for evidence and organising a policy debate during the Spring Annual General Meeting to discuss innovation and the role of ERRIN members in the innovation agenda. ERRIN’s comments were also featured in two Science Business articles focusing on the Communication’s adoption and the innovation divide it aims to address. The ecosystem initiatives presented under the Flagship 3 of the Innovation Agenda will be further debated in the ERRIN Policy WG meeting on 22 September.

Through the Flagship 3, the Innovation Agenda will also be linked to other interesting initiatives such as the Partnerships for Regional Innovation (PRI). With over 45 network members actively engaged in the PRI Pilot Action, ERRIN has been actively following the developments of the initiative. In autumn, several Working Group meetings will be organised linking to the PRI, offering opportunities for ERRIN members to learn more about the initiative and to seek for practical support for enhancing their local and regional innovation strategies.

At the same time, ERRIN will keep its focus on the ERA policy action 16 on improving EU-wide access to excellence, as widening and deepening engagement will continue to be an important element in the network’s ecosystem related discussions. The ERRIN Management Board Task Force on widening and deepening engagement will continue its activities in autumn starting with a discussion on the Week of Innovative Regions in Europe (WIRE).

Finally, we will continue to be actively engaged in the work related to the EU Missions. In addition to supporting members through projects such as the NetZeroCities and MOSAIC, we will continue the broader policy work on the EU Missions. Before the summer, ERRIN shared its messages on the Mission Work Programmes for 2023-2024 and the involvement of regional actors. Looking forward, for example on 18 October, ERRIN in cooperation with the TRAMI project will be organising a mutual learning workshop for interested ERRIN members, focusing on different missions and how they are translated into local policies and regional innovation strategies.