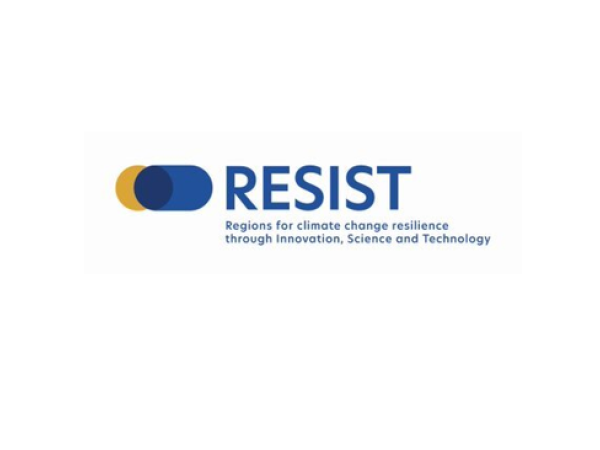 The RESIST project, launched last week, is a five-year EU-funded project coordinated by SINTEF in collaboration with INOVA+, which will support twelve regions across the EU in their efforts to build resilience against the impacts of climate change. Three ERRIN members: Southwest Finland, Central Denmark, Catalonia, and the fourth region of Central Portugal will be the frontrunner regions (Large-Scale Demonstrators - LSDs) testing adaptation solutions to key climate-related challenges in their area. Each of these four regions will be twinned with two other regions with similar biophysical characteristics. Southwest Finland will work with Normandy (France) and Eastern Macedonia and Thrace (Greece); Central Denmark with Blekinge (Sweden) and Zemgale (Latvia); Catalonia with Puglia (Italy) and Baixo Alentejo (Portugal), and Central Portugal with Vesteralen (Norway) and Extremadura (Spain), many of them being ERRIN members.

The project, in accordance with the EU Mission: Adaptation to Climate Change and through its four pilot regions, will test adaptation solutions to five key climate challenges: floods, droughts, heatwaves, wildfires, and soil erosion. The project involves 56 partners from the EU, Norway and Ukraine.

Strong collaboration between all regions and stakeholders is at the core of RESIST’s methodology, which foresees adequate structures for mutual learning, exchange of experiences and transfer of know-how from more to less experienced regions. ERRIN’s role in the project is to develop a Community of Practice and identify needs for a mutual-learning scheme. Following this, ERRIN will link Large Scale Demonstrators/Twinning regions with the wider Community of Interest. Under ERRIN coordination and through an Advisory Board, the project will setup interface to policy-makers in the field of climate change adaptation in the European institutions, national and regional governments and other relevant programmes, projects and initiatives.

You can find the official press release in the attachment.